Yesterday, my boyfriend went home to visit his parent. I called my own mom to ask what she was doing that day. She and my dad were planning to go to Germany. My father's brother and his wife are there on a holiday and they asked if my parents came too.
My mom asked if I was interesting in coming too. And yeah, sure, why not? So, very last minute I left for Germany yesterday. It's only a 2 hour drive, so it's not too long.
We went for a walk, we went out for diner (pizza!) and we catched up with my father's brother and his wife.
Unlike here, the weather was beautiful... a little warmer than here, no rain! hehe... so it was a great day.
I do not have lots of photos, but maybe I'll post one or two.

Email ThisBlogThis!Share to TwitterShare to FacebookShare to Pinterest
Labels: My Personal Life, Vacation

It was so amazing to see my Celebrate France freebie was used again. I saw this beautiful layout from Jojo in the Mouse Scrappers gallery. I wanted to leave some comments on her colors and composition, when I noticed she used my kit. 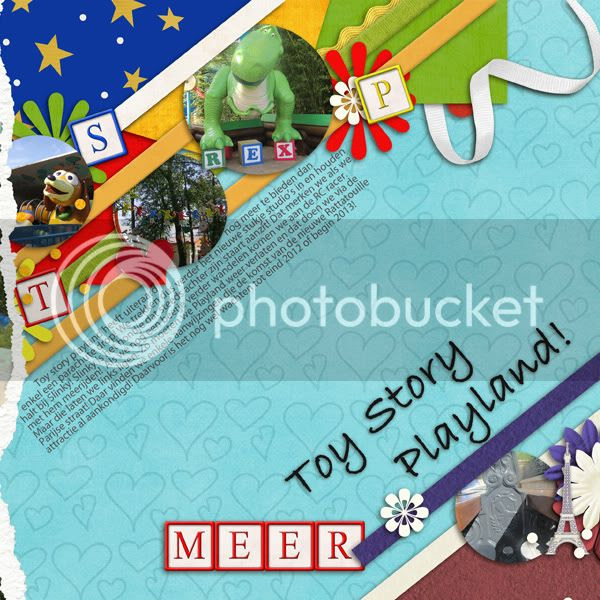 Don't leave yet!... have you noticed the gorgeous and fun Toy blocks? Jojo, made it herself and you can download them for free in 6 (Yes, you read it right!) different colors on her blog.


Before you go... one more thing! Another beautiful layout was made using one of my freebies. Sandra used Celebrate America for scrapping a gorgeous page about her flight from Frankfurt to Miami. 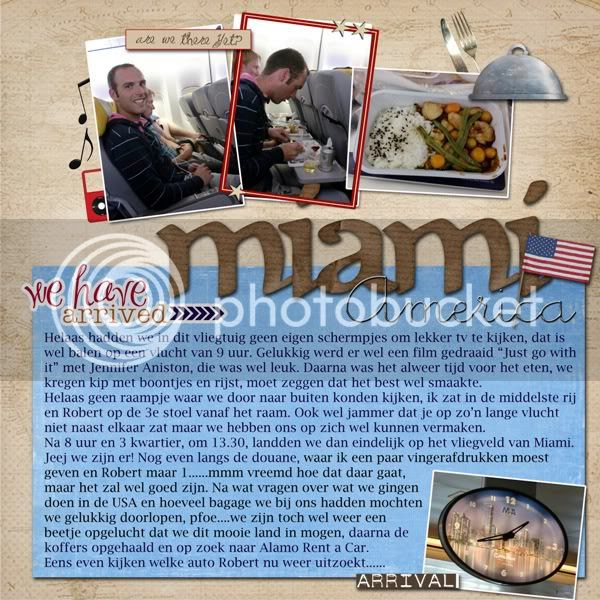 Here I am with the last alpha of the 'Summer 2011' series. After the blue and pink one, I made a yellow one. 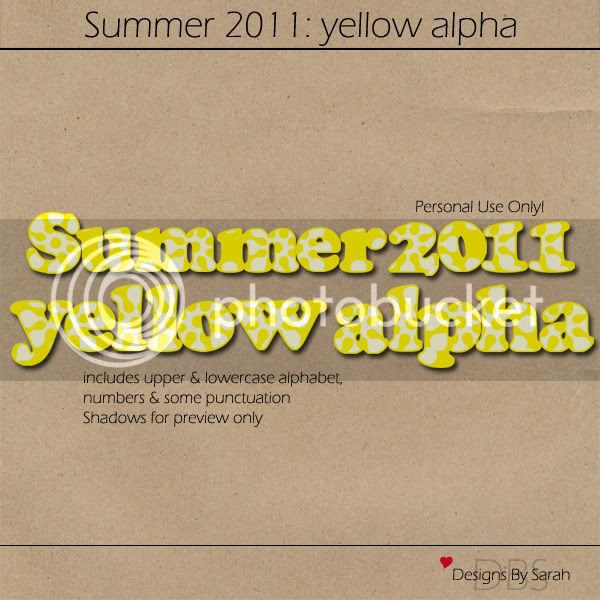 You can now purchase my alpha in my shop
Before I go, I wanted to thank each and everyone of you for downloading my freebies, for using them, for your comments. You guys really keep me going. 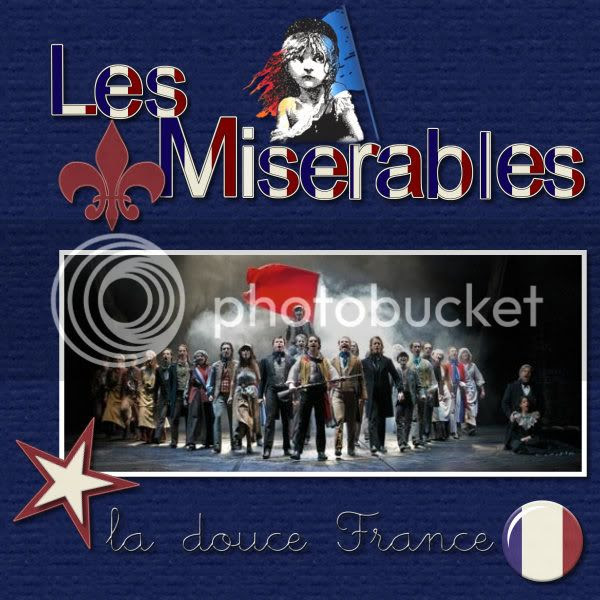 When I was making this pink alpha, it made me think of Piglet (Winnie The Pooh's pig friend).
So it's not only perfect for you summer photos, but you can scrap some Disney photos with it as well! 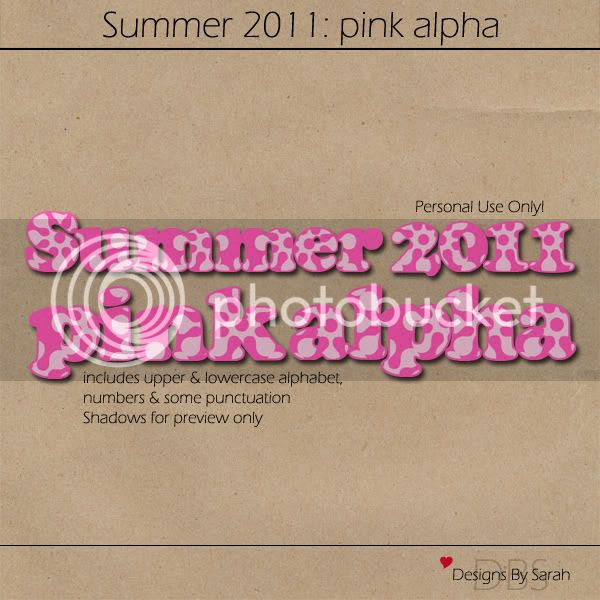 Download link expired.
You can now purchase my alpha in my shop.
Take a look at this gorgeous layout by Marieke. She made a layout of her daughter having fun in the swimming pool. She used the alpha in combination with some kits (including mine) of the It's summer, baby! blogtrain. 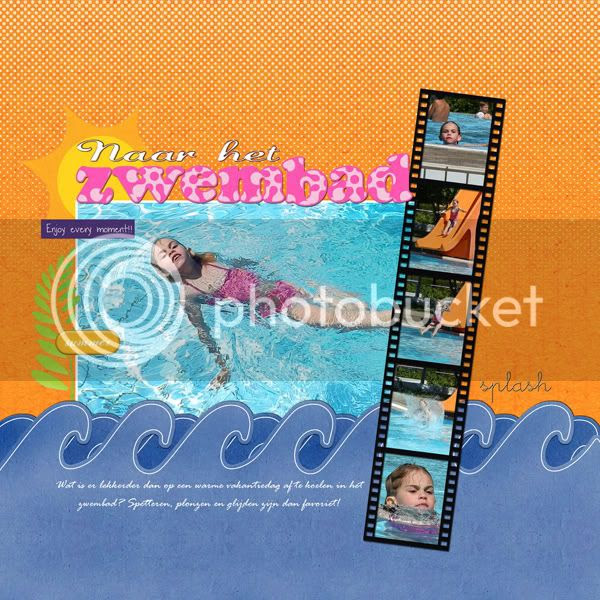 That was it for now, see you soon for the yellow alpha!

Long time since I posted a freebie, but that's about to change! In Belgium, we celebrate today our national holiday. So that means I don't have to go to work today. I didn't make a kit about Belgium to celebrate, but I was inspired by summer and by the summer word bits I made some weeks ago.

I wanted to do something more with it, so I made a coordinating alpha in blue. I hope you'll like it! 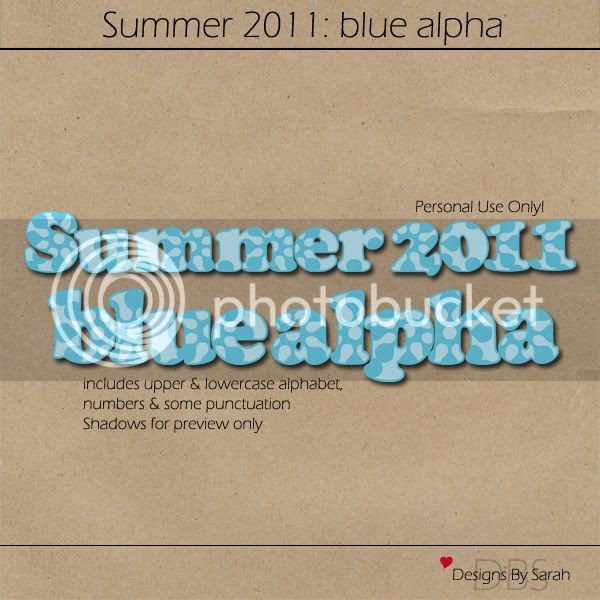 You can now purchase my alpha in my shop.
Renata used this alpha and created this beautiful page of the carnaval in her home town. 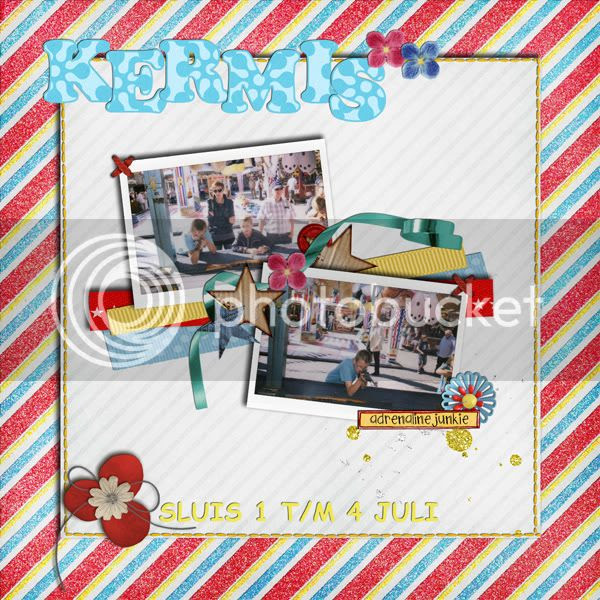 I'll promise to come back and post the alpha in the other colors of the word bits.
Feel free to leave some comments and suggestions.

Yesterday I participated in Scrap Challenge #25 at Mouse Scrappers.
I was inspired by the gorgeous vintage look of the layout we had to scraplift.﻿ I came up with the following layout.
I think it worked out pretty good. I used a template of Cindy Schneider, Around the world of Britt-Ish Designs & Sahlin Studio and the alpha is from Misty Cato.

I'm back with some beautiful layouts made with my freebies. They're really awesome so I wanted to show them to you.

First we've got Renata. She used my 'Chrome alpha' in a layout from her trip to London a few months ago. I think the alpha goes perfect with the photo.

She also made another London-layout using all kits of our blogtrain "It's summer, baby". The Hard Rock Café button she made herself! Very nice, don't you think?


And last but definately not least, there's Tancho. This layout is also made using all kits from our blogtrain. The layouts breaths summer, I love it!


If don't have the Chrome alpha or the kits from the blogtrain yet... they're still available for download on my blog.

If you've got some layouts made with my freebies, feel free to show them to me. You can reply on a blogpost, leave a message in my guestbook or send me an e-mail: designs.by.sarah@hotmail.com

That's it for now! Enjoy your weekend.

Hi to all! For the French people among you (and all those who love this holiday)... I wish you all a happy 'Quatoze juillet'!
As I promised a few days ago... I would be back with a 'Celebrate France kit'. So here I am... I hope you'll love it.

Download link expired.
Belliiee loves musicals and especially Les Misérables, just like me.
She created this beautiful layout using the kit and the alpha.

Another gorgeous layout to showcase is the one from Jojo. I saw the layout in the Mouse Scrappers gallery and I wanted to reply on it. When I took a closer look I saw she used my Celebrate France kit to highlight the 'Ratatoille' bench.

Take a look at this gorgeous layout made by Unewillow. She made this layout for a template challenge and I absolutely love it. 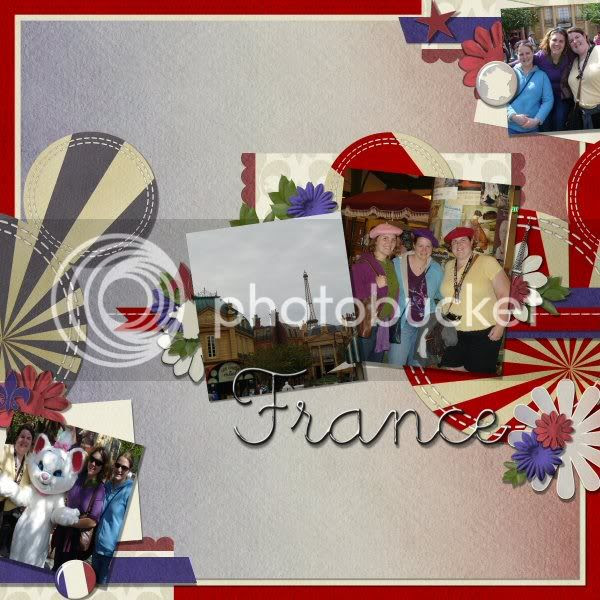 Last but not least, take a look at this beautiful page made by Semantje. 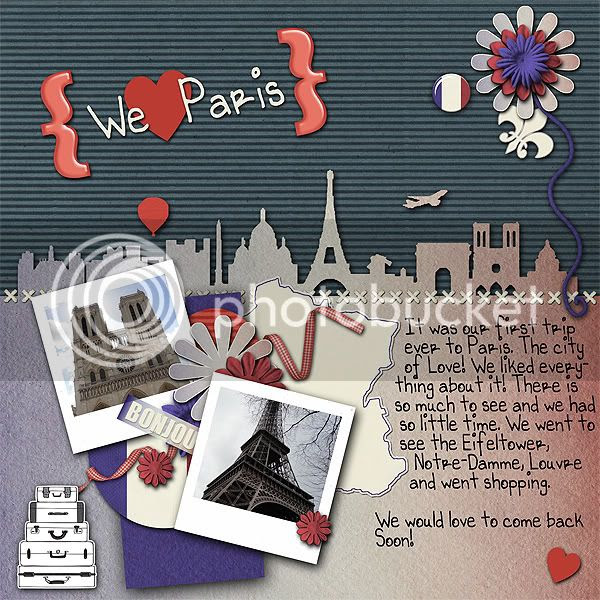 As always... I would love to see some layouts created with the freebie.

See you soon and happy 'Quatorze Juillet'!!
Posted by Sarah at 2:00 AM 6 comments:

Tuesday, July 12th, my boyfriend and I went to Blankenberge (Belgium) to see some beautiful sculptures made in sand.

A team of artist from all around the world worked very hard to make all the beautiful sculptures. This year the theme is the Magical Moments Festival from Disneyland Resort in Paris.

I looked forward to this for months, and finally it was our turn to go to the festival. We had to get up at 6 am to catch the train at 7 am. We arrived in Blankenberge at 9.30 am.
First we went to the bathroom and got ourselfs some breakfast. Then it was time to see the sculptures.

The doors opened at 10 am, so we were there the moment the festival opened. We tought there wouldn't be many people, but we were wrong. Anyway, here we go... I must warn you, this blogpost includes over 300 photos!

We in the train at 7 am.
The entrance

The first ones we met were Mickey & Minnie, and the Disneyland Railroad.

Once you were inside, there were some screens with videos from the Magical Moments festival in Paris. There was also a video on how the sculptures are made.

Main Street USA. Take a loot at the details!

After you walked through Main Street USA, you came into Fantasyland. You'll see Tangled, Alice in Wonderland, Dumbo, Snow White, the castle...
It took us lots of time to see all the Fantasyland sculptures, but I wanted to take time to make those photos.
Once you were outside, you could see the castle. Unfortunately the top of the castle was missing. Frontierland and Discoveryland were also outside.
After a trip to Discoveryland... there was more! Back inside you walked right into Adventureland with the Pirates Of The Carribean, Hook, Jungle Book, The Lion King... And once again... take a look at the details, they are gorgeous!
Then it was time to head to the Walt Disney Studio's for Tower Of Terror and Cars.
So, we saw it all! But I wanted some photos of me in front of the castle. And since we had time enough, my boyfriend said... let's make some more photos in front of Frontierland and Space Mountain.
Hope you didn't pay to much attention to my hair. It was very windy. ;-)
Last thing I wanted to do was go back and take another trip through Main Street and Fantasyland. And we were in luck. There were not so many people this time.
The entrance
After the sandsculptures we decided to go to the beach.
It was still very windy and after a while everybody had to leave the water. The sun was gone and it became cloudy. So we decided to go shopping.
Back on the beach we heard a Sea King, helicopter used by the Belgian Air Force for rescue operations on water. Since I was a child, I've always loved Sea Kings, so I was happy to see one flying over. I didn't only see one flying over, but some minutes later they give me a little treat by sending down a diver on a boat. (And they picked him up later) They were practising! I never saw that before.
After that... it was.... coffeetime. Yummie!
We still had some time and decided to go away from the beach because the wind was very hard and it was very cold. In a tiny street we found a store and man, I could have been there forever. They had the most beautiful Disney sculptures. My boyfriend decided to get me one. But I couldn't choose between Belle, Yasmine and Ariel. So my boyfriend decided he wanted to buy me Belle. When you place her on her base she sings. (So did the Ariel and Yasmine).
Poeh, that took us some time! We only had less than an hour to find us something to eat and take the train back home.
When we finished our food, it started to rain, but we were just in time inside the train when it started to poor!
But wow, what a beautiful day it was!

Well that was it. I hope you enjoyed reading and watching.